Some studies claim that Gargoyles first appeared over 2,000 years ago. Throughout  history they have shown up for many purposes.

“The Gargoyle VI” was a small band of Gargoyles that came together to help guide the behavior and actions of man and, throughout history, man has failed.

With many centuries of disappointment, they disbanded, gave up and went their own ways, or so they thought. Not one could truly give up.

Now and then throughout the centuries a great man or woman had appeared whose behavior displayed the highest ideals and had profound effects. “The VI” were all still committed to their personal missions. The Gargoyles began searching for one another – for they believed they could be more impactful together than individually.

They are united once again as “The Gargoyle VI” in a last great effort to impact mankind in positive and profound ways.

Although their images are deceiving, their missions are as follows: VERI-TOG is for Truth; GRAT-TU, to instill gratitude; SANKTI-AHK, for Integrity; SAPIEN-TEM to promote Wisdom; AUDAI-SHA brings Courage; and CYM-PLON, to nurture Simplicity.

“The Gargoyle VI” will be available to guide mankind as long as mankind remains available. 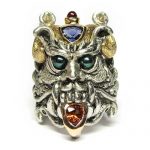 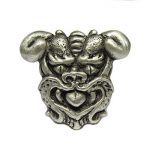 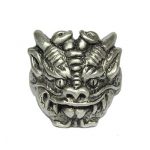 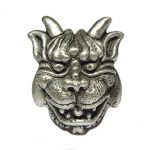 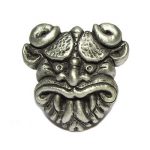 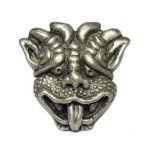